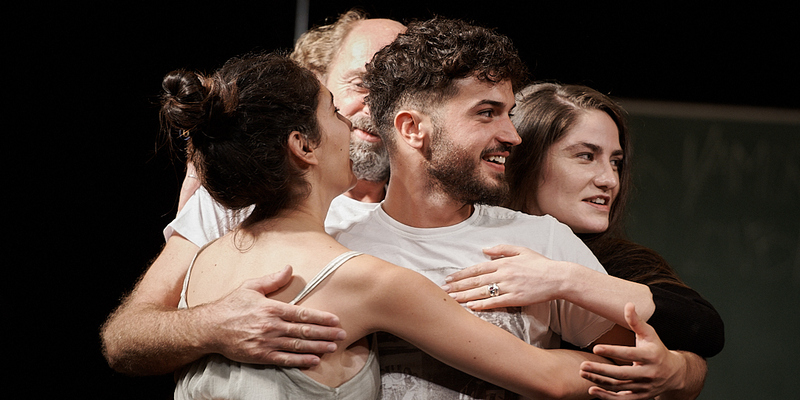 Conversations about Love is developed by an international group of artists from four different countries. The play is developed as a non-text based performance, through the stage-centred approach typical for experimental forms of postdramatic theatre, in which traditional theatrical hierarchy between playwright, director and the actors does not exist, but the entire process is subjected to the stage, developed from concrete work within the group.

The play is staged without a title and centered around love as one artistic vision. It was created within the ADNICH project and premiered on 14th September 2019 in the Royal Theatre Zetski dom.